Featured Non-Profits at the Women’s Fair!

Each year, the Women’s Fair features local non-profit organizations that provide much-needed services to women, children and families in our community. Through the event, we feature each non-profit with an exhibitor space and the opportunity to speak on stage about their organization. In addition to raising awareness, we also raise funds for these organizations through the prize packages that are raffled off at the Women’s Fair. 100% of the money raised is donated equally to each organization. We look for non-profits that help women and families succeed in their every day lives. In the past, we have featured organizations like the YWCA of Missoula, the Jadyn Fred Foundation, Partnership for Children, Mountain Home, the Girls Way, Tamarack Grief Resource Center, the Playground Project, Missoula Aging Services, Zootown Arts Community Center, CASA of Missoula, the Flagship Program, Living Arts of Montana, Silver Lining Foundation and Hellgate Rollergirls.

In order to support their efforts, the Women’s Fair helps to increase awareness of these non-profits so you will learn more and get involved. The work that these special organizations do would not be possible without the generous support of supporters and donors right here in our local community.

Here’s a bit about our 2019 Featured Non-profit Organizations!

Austen Martell was described by his mother as a friendly, cool kid who loved sports and anything with a motor that was fast and loud. He died by suicide at the age of 19 in 2013.

After friends encouraged his parents, Larry and Shannon Martell, to host a race, they decided to start a nonprofit and host a memorial race for their son.

They didn’t want to just host a race for fun, Shannon Martell said, but wanted to raise money to support suicide awareness and prevention, a cause for which she and her husband now advocate.

“It took us a long time to even admit that our son committed suicide. Now we are able to talk more freely about it,” Shannon Martell said.

Suicide is the second leading cause of death among children, adolescents and young adults in Montana, according to the Montana Strategic Suicide Prevention Plan by the Department of Health and Human Services.

The event raises money for the the American Foundation for Suicide Prevention’s fundraiser Out of the Darkness, an annual community walk. The AFSP creates educational programs, invests in new research, advocates for public policy, and supports survivors of suicide loss. The organization has a goal of lowering the annual suicide rate by 20 percent by 2025.

Nancy Yates, who organizes the Out of the Darkness Walks in Missoula, said there is still a long way to go to hit that goal. Through raising awareness and promoting conversations around suicide and mental health the AFSP hopes to “put a stop to this tragic loss of life,” according to its website.

Jim Caron, an unemployed actor, was searching for a mission in life, on his way from Chicago to a friend’s wedding in Oregon when his aging Volkswagen van broke down. The nearest service station was – fortunately and fatefully – in Missoula, Montana. While waiting for the van to be

patched together, Jim noticed an audition poster for Man of La Mancha. Just for fun, he auditioned and was cast in the role of “Sancho.” He developed an instant and lasting friendship with Don Collins (the actor playing “Don Quixote”), and together they organized a company of adults to perform plays for children on a make-shift stage in a local movie theatre. The plays, as well as the idea of developing live theatre for kids, were well-received in Missoula. Soon, nearby Montana and Idaho communities requested performances of their own.

During the early seventies, the company began casting kids when it seemed appropriate, such as in Hansel and Gretel or Snow White and the Seven Dwarfs. In 1972, when February performances of Snow White were booked in Miles City (a small Montana community located an icy 500 miles from Missoula), Jim and the other directors were not excited about the prospect of traveling with seven children across the state and decided to take a radical step: they would attempt to cast the dwarfs from children in Miles City. The directors traveled across the state a week before the rest of the company, a bit skeptical about finding seven kids who might be interested in being in the play. When 450 children arrived, the astonished team auditioned the huge group and cast the seven roles. The success of that week—obvious major interest among kids, parents, teachers, and the press, as well as an excellent production and sold-out performances—opened the eyes of the MCT staff and the doors to the future.

The lessons learned in those early days, especially the rewards of involving children as cast members, set the stage for today’s International Tour, Performing Arts Camps, a strong local children’s season, Missoula Community Theatre, and the magnificent home base facility that MCT is proud to call home.

As for the future, MCT continues to reach for the stars.

Today we bring the arts to all 50 states, 5 Canadian Provinces and 16 countries. What more could you want, you ask? We have big dreams. We want to reach the small communities that have few creative outlets or resources for their children. We want to provide access for places that have none. We envision helping our country’s children grow into confident, successful citizens using the positive results of our programs. It is our dream to share everything we have learned about developing life skills in children with the world—in Japan, Australia, Africa, Ireland, and other countries. Kids are kids, no matter where they grow up. Children in China, children in small towns, and children with special needs all have something in common: a desire for opportunities to express themselves, learn and have fun doing it. That’s where MCT comes in. 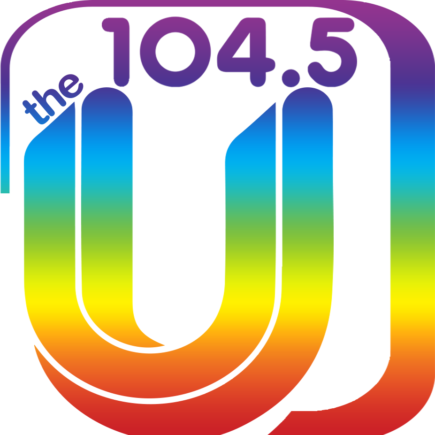